It was time for yet another gathering of “The Bloggers Who Brunch” yesterday, as Esther, Steve and Doug, Chris, Hubert, and Alicia came in from out of town to join Sarah, Roxie, Byrne, Jimmy and myself over our usual Algonquin-esque gathering. The location this time was Cognac on 55th and Broadway, and as always the banter was witty, the brunch libations flowing as we caught up on what we had seen and what we were going to see in the near future.

Some of us weren’t seeing anything, so when our pals departed for their adventures we decided to keep the party rolling. In what could be classified as the first-ever Theatre Bloggers Bar Crawl, Sarah, Roxie, Byrne, Jimmy and myself headed up to Trattoria Dell’Arte on 57th to visit Noah, and have a drink (and stare at the giant sculpted breast on the wall). And then there were four as Roxie had to depart to strike the play she costume designed out in New Jersey. With nothing on our agendas, and a beautiful autumn Sunday in New York, the rest of us continued the party by taking Sarah to the Mark Hellinger Theater for the first time.

Last November, a small group of us went in on a Saturday and had a look around. No services were going on, so the place was rather empty and we could soak in the interior from the orchestra section. I’ll never forget that day as long as I live. The only thing none of us thought to do was take pictures of this glorious piece of architecture. On this field trip, SarahB made sure to document the trip for posterity, and all the photos are hers. 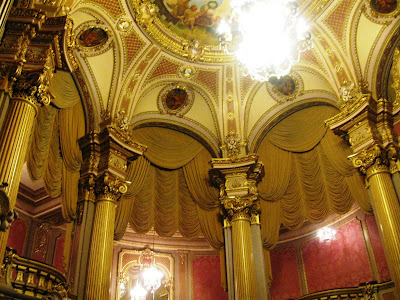 If there’s anything I won’t forget about this second trip, it is definitely Sarah’s reaction upon entering. I’ve done it myself; and I still was taken aback even though I’d been inside less than a year earlier. We hadn’t even gone into the theatre itself when I told her that Dear World, Coco, My Fair Lady and 1600 Pennsylvania Avenue all played in this very theatre. 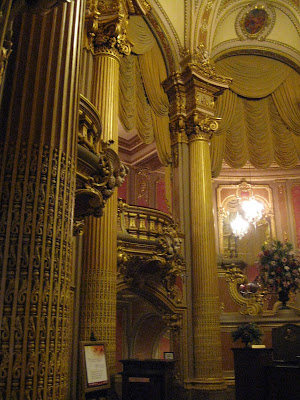 Sarah made the smart call of snapping some photographs of the interior. The lobby is quite reminiscent of the sort of theatres you find in London’s West End, and are a rare commodity in NY. The closest I’ve ever seen that comes to his is the New Amsterdam on 42nd Street, and even that pales in comparison to the Hellinger. 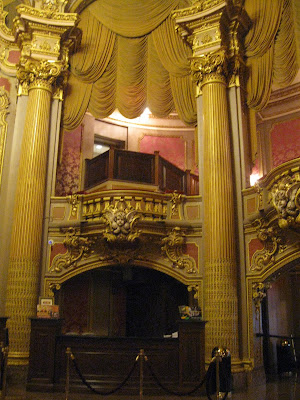 The lobby, which must reach about three stories in height, is a spacious elliptical area, with two separate staircases that lead to a comfortable mezzanine lounge. Everything about the interior still screams theatre, and I half expect the ushers to have a playbill for God starring David Wilkerson. 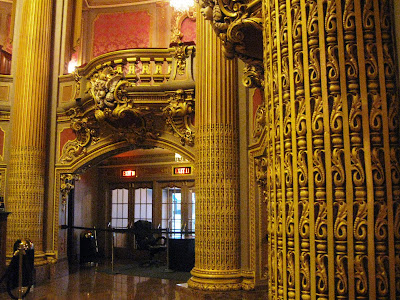 It is the most spacious lobby in any Broadway house, and these pictures do not begin to do it any justice. The house itself can seat approximately 1600 people and has excellent sight lines (and would be a sumptuous money-making house for many of the larger musicals and revivals). 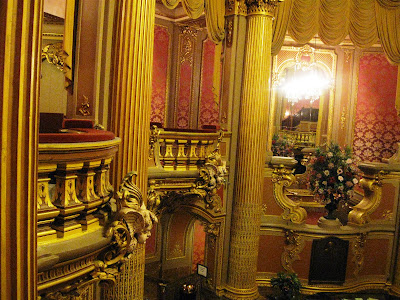 The one thing that can be said for the Times Square Church is that they’ve spared no expense in the building’s upkeep. Since the building is protected by the city of NY as a landmark, they are required by law to maintain the original integrity of the architecture and interior design – the grandeur and beauty which make it such a remarkable Broadway house. 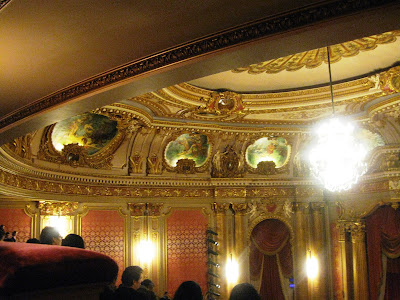 The church is in the hands of David Wilkerson, who last year famously (and in my estimation carelessly) predicted a vague disaster in the midtown area that would wreak havoc and cause riots, etc. It’s that sort of thinking that proselytizing that turned me off of organized religion in the first place. In fact while we were in the church, the minister implored the audience, “If you’re thinking of becoming a Jew, come talk to me first” in a tone that made Jimmy and I both look at each other in muted horror. 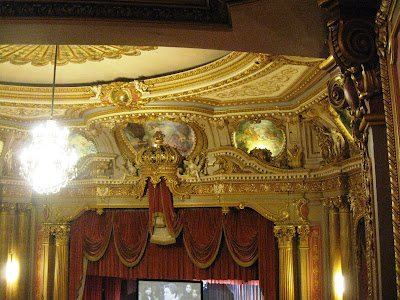 The church has no interest in selling, unless a more suitable venue can be found in the Times Square area. (The Minskoff anyone? No one would care). Unless there’s some divine intervention it’s highly unlikely the Hellinger will ever be a legit house again. And it is that divine intervention for which I will pray.