Two musical productions that most excite me this season are The Addams Family and the revival of Ragtime. Here is the first glimpse of the former in Vanity Fair. Bebe Neuwirth and Nathan Lane star as Morticia and Gomez. Jackie Hoffman is Grandmama, Kevin Chamberlin is Uncle Fester, Zachary James is Lurch, Krysta Rodriguez is Wednesday and Adam Riegler (Cubby Bernstein) is Pugsley. Not pictured are Terrence Mann, Carolee Carmello and Wesley Taylor. The new musical has its world premiere in Chicago on November 13, and starts preview performances at Broadway’s Lunt-Fontanne on March 4. 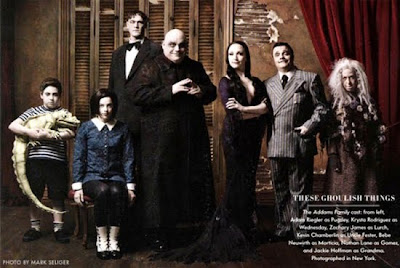 Then there’s the revival of Ragtime. I’ve already seen it once, and am going back again next week. The show opens at the Neil Simon Theatre on 11/15. Acclaimed photographer Joan Marcus was in taking new press shots of the Broadway company, and this striking image is one of my favorite stage pictures of the evening – the tableau of the entire company seen as the curtain rises. 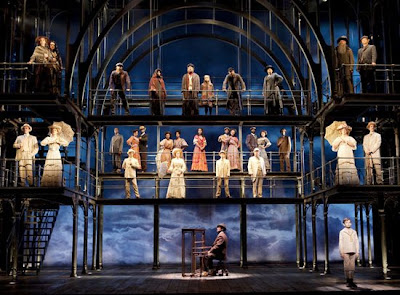