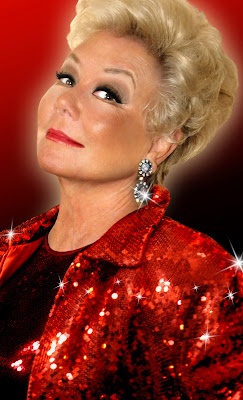 It seems unbelievable that Mitzi Gaynor has never played the Big Apple, but finally after decades of television, film and touring, the South Pacific star is excited to make her New York performance debut. The star will bring her one woman show Razzle Dazzle: My Life Behind the Sequins in an intimate setting like Feinstein’s to get up close and personal with her fans. In her show, Ms. Gaynor will bring her incomparable brand of showmanship to the stage in a glittering multimedia one woman tour-de-force of music and memories from her show-stopping life and career.

Gaynor says “over the years I’d been asked to play New York on numerous occasions but the stars never quite aligned. That’s why I was thrilled when Michael Feinstein asked me to bring my show to his club and said I could have the Regency’s Ballroom so I’d have more room to play. I really can’t wait to be there. There’s no city in the world like New York.”

It’s interesting that Mitzi has never played Broadway, yet has done so many great roles in tour and in stock. I, for one, think she would have been a fantastic replacement in the original production of Mame (among many other shows). But it’s better late than never. I’m going to be with there with a certain Elsa-in-crime. And whenever Miss Mitzi is onstage, it’s bound to be an event.

Gaynor will play five engagements at Feinstein’s at the Regency from May 18 to May 22. Tickets are available online or via phone (212-339-4095) and mention the code MG101 for complimentary presale seating upgrade.