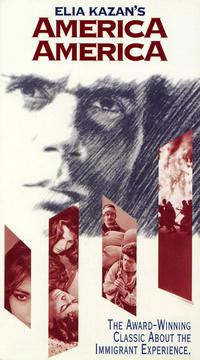 True to form, I have been partaking in my own 31 Days of Oscar, watching Oscar nominated and winning films I own and getting into the spirit for the ceremony. This year, I also took it to the library. Titles that I have checked out so far include Tender Mercies, Irma La Douce and Friendly Persuasion (to the latter, I can only say that I actual use the phrase “Sweet mother of Jessamyn West!” to express surprise). Lots of eclectic titles to be had. However, I also realized that the libraries still carried a vast quantity of VHS copies, and aside from half.com I think the library may be the last bastion for renting this long outdated technology.

It was a little strange; I cannot remember the last time I popped anything into the VCR (I have one of those convenient combos, just because) and even might have groaned a bit when I realized I would have to rewind the tape once the film was over. But after being amused by ancient videotape logos and the old FBI warning, I settled in for the movie, America, America.

America, America was written, directed and produced by Elia Kazan and released in 1963. The film is a semi-biographical account based on the trials and tribulations through which Kazan’s uncle came to the United States at the turn of the 20th century. The first time I ever heard of it was while browsing through Robert Osbourne’s 70 Years of the Oscar. It amazed me that I had never heard of it, considering Kazan’s pedigree and the classic status of his earlier films such as A Streetcar Named Desire, On the Waterfront and East of Eden (and that in effect was trumped by his notorious association with HUAC, but that’s neither here nor there in this discussion).

The three hour odyssey follows a young man named Stavros, living with his Greek family in Turkey at the height of the Armenian genocide. They are constantly in fear for their lives and are living in abject poverty. Stavros sells ice, and is generally miserable but dreams of a better future in America. After getting in trouble in his town, the family sends him to Constantinople with their entire life savings and the hope of making them money. The film follows him as he faces considerable obstacles in getting to the United States – loses everything due to naivete, is robbed by a prostitute, gets involved in a failed uprising and almost concedes his dream in order to marry comfortably.

The film is long, yes, but never boring. It actually builds momentum from scene to scene as his story becomes more and more interesting and more personal. Stavros is far from perfect, but there is something admirable in the way he wants to help his parents and bring them to America and the promise that our country meant for so many oppressed and impoverished during the 19th century. I can best describe it as an intimate epic; it’s a big story but told in small, uncompromising terms. Kazan shot the film on locations with star black and white cinematography, and projected in a spare 1.66:1 ratio.

The acting isn’t perfect, there is far too much looping and a couple of wooden performances (in a film of virtual unknowns), but it doesn’t detract from the overall experience. With its gritty, naturalistic look, the film has considerable realism especially evidenced once Stavros goes on the road. The most notable actor in the cast is Paul Mann, whose only other film appearance was in Fiddler on the Roof as Lazar Wolf. But the film belongs equivocally to Stathis Giallelis, a 21 year old unknown picked by Kazan to play Stavros. Giallelis is present in almost every scene of the film and gives an understated, pensive performance as the idealistic, but jaded hero who perseveres through some extraordinary circumstances to get to America. He won a Golden Globe as a Best Newcomer for his appearance here, and was nominated also for the Globe for Best Actor. However, he was unable to capitalize on his overnight stardom to maintain a reputable career (the range is limited, but he is mostly effective here). His last film appearance was in 1980; he apparently left acting altogether and taught at the United Nations International School in Manhattan.

Kazan considered this the most personal and favorite of all the films he directed in his career. He is visible in every aspect of the film, even narrating over the opening credits as himself, and again over the end credits (where he actually reads out the names of everyone involved with the project). There was much trouble for Kazan to get the film made. Since it depicted the Armenian genocide in sobering terms, Turkish officials were worried about the impact the film would have on their image worldwide. He moved to Greece to finish shooting, but not without almost losing his footage to Turkish customs. The film was completed and released to considerable acclaim. The movie was nominated for four Oscars, including Best Picture, Director and Original Screenplay. It won for its Art Direction.

However, the film seems to have slipped into relative obscurity. It’s a far superior film to some of the other Best Picture nominees of 1963 (How the West Was Won and Cleopatra, the latter more notorious than noted), but many friends have never heard of it, let alone seen it. For whatever reason, this film isn’t available on DVD in Region 1. There was a Region 2 release, but that doesn’t seem to be an official release from Warner Bros. I hope there will be a reissue sooner rather than later – and not in their DVD-R archive collection. This particular film is a powerful look at the immigrant experience. As one whose grandfather came to Ellis Island in 1928, I was fascinated. If you have time, check your local library to see if they’ve got an old copy lying around. I think you’ll be fascinated, too.

One thought on “"America, America"”