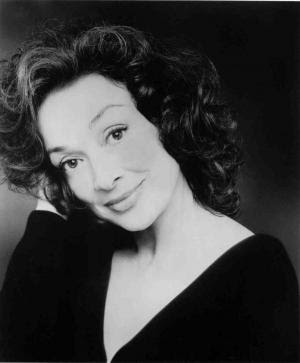 Dixie Carter, the actress/singer who epitomized Southern class and elegance on TV’s Designing Women, has died at the age of 70. The cause of death was endometrial cancer.

While most famous for her television work, Carter also had an extensive stage and cabaret career. Carter was born in McLemoresville, Tennessee. A lyric soprano, Carter had originally dreamed of being an opera singer until a botched tonsillectomy in her childhood changed that. She received a degree in English at the University of Memphis and was also a runner-up in the Miss Tennessee pageant of 1959. It was in Memphis that she appeared in her first professional production, a revival of Carousel.

Carter made her Broadway debut in the short-lived Sextet in 1974. She played Melba, the reporter show sings “Zip” in the 1976 revival of Pal Joey (she would later play Vera in a production in LA in the early 90s, with Elaine Stritch as Melba). More recently, she was a notable replacement as Maria Callas in Master Class and as Mrs. Meers in Thoroughly Modern Millie. Off-Broadway, she received a Theatre World Award in 1975 for Jesse and the Bandit Queen and was nominated for a Featured Actress Drama Desk Award in 1979 for Fathers and Sons. Regional credits ran the gamut from Tennessee Williams to Shaw to Rodgers and Hammerstein. She was scheduled to appear at the Shakespeare Theatre in Washington, D.C. this summer in a production of Mrs. Warren’s Profession.

It is for her extensive television credits that she is became most well known. She had recurring roles on Filthy Rich, Diff’rent Strokes, Family Law and more recently on Desperate Housewives. However, it is her performance as the erudite interior designer Julia Sugarbaker in Designing Women for which she is best remembered. The series ran seven seasons on CBS and was immensely popular for its depiction of four southern friends living and working in and around Atlanta, Ga. Carter’s characterization became immensely popular for her “tirades,” in which the mild-mannered Julia got fired up over something she perceived to be an injustice or which offended her liberal feminist sensibility.

In reality, Carter was actually a libertarian Republican. She struck a deal with Designing Women’s creator and friend Linda Bloodworth-Thomason. For each tirade, she was given an opportunity to sing. The material ran the gamut from Schubert’s “Ave Maria” to “Bosom Buddies” from Mame, among many other memorable musical moments in the series’ run.

Carter is survived by her husband of 26 years, Hal Holbrook as well as her daughters Mary Dixie and Ginna from her first marriage to Arthur Carter. She was also briefly married to George Hearn.

My introduction to Dixie came from reruns of Diff’rent Strokes, where she spent one season as the fitness instructor who married Mr. Drummond. It wasn’t until many years later that I saw her on reruns on Designing Women as well as other appearances. She was always a welcome presence on television, whether she was acting or singing, and was always a class act. Here is what is probably the most popular of the many tirades given on Designing Women, “The Night the Lights Went Out in Georgia:”