Just in time to celebrate Shakespeare’s 446th birthday on April 23, founding Artistic Director Terrence O’Brien has announced the line up for the Hudson Valley Shakespeare Festival’s 2010 season. Considered to be one of the best nights out at the most reasonable price, the Festival offers something for everyone from high comedy and romance to betrayal, battlefields; iambic pentameter and hip-hop rap.

This season will take the audience to the Trojan War where love turns to infidelity in the bedroom and on the battlefield. A cast of celebrated Greek heroes bring intrinsic values of honor and love into question with Troilus and Cressida. From classic war time battlefields to the battle of the sexes, the question ‘who’s taming whom?’ will be answered with classic wit in the comedy, The Taming of the Shrew. And what would a season at HVSF be without an all out irreverent takes on Shakespeare, in this case The Bomb-itty of Errors, a comic hip-hop rapping romp through The Comedy of Errors?

“I am very excited about this season. It’s a great mix of plays and a real exploration of men, their views on women and the world. It should offer some interesting dialogue with our audience. As I work on Troilus and Cressida I am struck by the fact that the play doesn’t really seem to fit into any true Shakespeare “categories”. It seems to defy what we’ve come to expect – taking on somewhat of an experimental form said Mr. O’Brien. “I am also very happy to welcome Festival veterans Chris Edwards and Kurt Rhodes back this season as directors of our two other shows.

The Hudson Valley Shakespeare Festival has inspired and delighted audiences with its vigorously original interpretations of the great works of William Shakespeare for twenty-three seasons to much critical acclaim from The New York Times, The Wall Street Journal, The New Yorker, The Poughkeepsie Journal, The Journal News and numerous other national and regional publications. Founding Artistic Director Terrence O’Brien has maintained a commitment to making the timeless plays accessible to all audiences, relieving the burden of heavy language and over-dramatization that so many equate with Shakespeare. “We want the audience to feel the same way about the plays as we do,” explained O’Brien. “The stories are timeless and we work to eliminate the affectation so often associated with Shakespeare. Our productions are lively, fast-paced and reflect our own excitement. You know it’s working,” he continued, “when you not only have people return season after season but every year they bring more new friends.”

The region’s only professional resident Shakespeare Company, HVSF, makes its home under an open-air tent theater perched high up on the banks of the Hudson River on the grounds of the historic 19th Century Boscobel estate in Garrison, New York. Using the dramatic views of the Hudson Highlands and the sweeping vistas from the elegant lawns of Boscobel as near-perfect stage scenery, the critically acclaimed Hudson Valley Shakespeare Festival presents unparalleled productions with the perfect marriage of theater and nature. Audience members are invited to arrive two hours early in order to enjoy a picnic meal – with one of the most spectacular al fresco views – on the grounds of the estate.

From a personal perspective, I was introduced to the HVSF last year as I had the opportunity to sit in at the rehearsal studio and also ventured up to Garrison-Cold Spring to take in their season, which was only enhanced by the jaw dropping view of the Hudson Valley (God has a way with scenic design). For those who find Shakespeare lofty and elitist, I have to ask “What gives?” (Reader, you’d be surprised). Go see a Shakespeare play. If you’re in the Hudson Valley this summer, go up to Boscobel. If not, find out what’s playing nearest you. Shakespeare is meant to be seen, not read and you’d be amazed how one can be thoroughly transported by his writing 400 years removed.

Ticket prices for all performances are $29-$47. Tickets are available through the HVSF Box Office, which opens May 3: 845-265-9575 and are now available online. Discounts are available on most nights for groups, students, senior citizens and children 12 and under. The Festival offers several special packages, including a tour of the Boscobel mansion and Exhibition Gallery plus tickets. In addition discounts at local hotels and restaurants are also available. For packages and information visit the Festival website, www.hvshakespeare.org and are available through the box office. On-line sales are currently available. The Box Office opens on May 3. 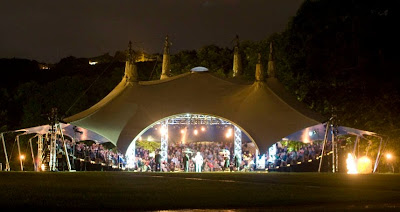