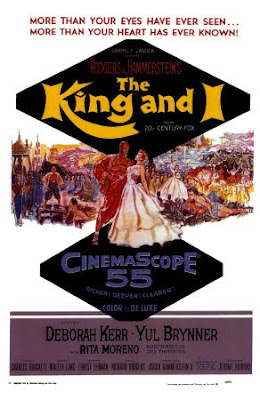 Deborah Kerr, the epitome of poise and elegance in 1950s Hollywood, has died at the age of 86. The actress, one of my personal favorites, had been suffering from Parkinson’s for many years.

I’ll never forget the first time I looked at Ms. Kerr in a film. It was 1995 and I was watching The King and I for the first time with some friends. I was struck by this unfamiliar, yet gorgeous redhead, who possessed such formidable strength in what I would learn was one of her most famous roles. I quickly became fascinated by Kerr, as I watched AMC regularly as a child and never seen her before. So intrigued by this lost movie star, I began to search out her roles, quickly becoming enamored with her presence and humanity onscreen.

Kerr was born in Helensburgh, Scotland, the daughter of naval architect Arthur Kerr-Trimmer. She initially trained for ballet, but soon discovered a desire to act. Kerr rose quickly to prominence at the age of 20, holding her own opposite Wendy Hiller in the film adaptation of Major Barbara. In 1947, MGM brought Kerr to the United States, with her first starring role opposite Clark Gable in The Hucksters. The shift from London to Hollywood is most famous for its legendary publicity campaign that begat the slogan: “DEBORAH KERR! RHYMES WITH STAR!” Well, it worked, didn’t it?

Who could forget her repressive Sister Clodagh in the Technicolor marvel Black Narcissus, or as Terry McKay opposite Cary Grant in An Affair to Remember (one of her four signature costars, the others being Yul Brynner, Robert Mitchum and Burt Lancaster)? However, she is probably best known for her role in the 1953 Best Picture winner From Here to Eternity as the officer’s wife carrying on an affair with Lancaster (most notable for that romp on the beach that has become cinematic lore).

Other notable films include Separate Tables (as the young spinster excruciatingly dominated by her mother), John Huston’s adaptation of Tennessee Williams’ The Night of the Iguana (as Hannah Jelkes), Heaven Knows Mr. Allison (as a nun trapped on a Japanese held island with a Marine), The Innocents (as the unhinged governess who thinks her charges are possessed), and a hilarious cameo in the otherwise tepid Casino Royale. Her Broadway credits include the original productions of Tea and Sympathy (Tony nom.) and Edward Albee’s Seascape.

It’s surprising that Ms. Kerr never won a competitive Oscar in her career (and six nominations), though there was subtle justice when she was awarded an honorary award in 1994, which may well have been her final public appearance. Her Academy citation read: “An artist of impeccable grace and beauty, a dedicated actress whose motion picture career has always stood for perfection, discipline and elegance.”

Due to her declining health, Kerr was unable to attend the ceremony in which she was awarded the CBE in 1998.

Ms. Kerr has left behind a legacy of memorable performance in a wide variety of genres; films I hope that you all appreciate as much as I do.