When it comes to certain Golden Age musicals, I find that there are titles that are more likely to raise the eyebrow of your fellow enthusiasts than others. One of the titles that I love and take some flack for is Meredith Willson’s The Music Man. I’ve heard enough people scoff at it, calling it corny and old-fashioned. Some have suggested that its sacrilege to enjoy the show that trumped West Side Story for Best Musical. The show itself, about a con man who brings music and change to a small town in 1912 Iowa, was something of an unexpected surprise smash.

Willson was known as a bandleader and musical director for “The Big Show,” a popular radio program hosted by Tallulah Bankhead. He was also a two time Oscar nominee for his musical scoring of the classics The Great Dictator and The Little Foxes. He worked for eight years on numerous drafts of The Music Man, loosely basing the show on upbringing in Mason City, Iowa and people he knew in his life. With the encouragement of Frank Loesser, Willson created this unique, one-of-a-kind musical comedy that makes ample use of marching band techniques, contrafactum and counterpoint. The show opened in late 1957 and took critics and audiences by storm, winning five Tonys and racking up 1,375 performances.

The 2000 revival with Craig Bierko and Rebecca Luker is where I cemented my appreciation for the show and score. I had seen the fun feature film (exceptional for its preservation of Robert Preston’s Tony-winning star turn) but never realized what a joyous show it was until March 15, 2001 when I was taken by friends to the Neil Simon Theatre as an surprise graduation gift.

There is one song in the stage show that didn’t make the cut in the 1962 film (we won’t discuss that awful 2003 TV remake with Matthew Broderick and Kristin Chenoweth here – I’m saving that for a rainy day). “My White Knight,” a plaintive ballad sung by Marian in the middle of the first act expressing her deepest romantic longings, was replaced by the more upbeat “Being in Love.” In an unusual move, Willson only contributed half a song – “My White Knight’s” bridge remained intact. The second song is nice, but it doesn’t capture the essence of Marian’s MO quite as well (in fact it seems to portray as man-mad).

I’ve never quite felt that “My White Knight” is as well known as it should be. It makes for an arrested stage moment – the up-to-now priggish and uppity librarian, who hints at her wants in “Goodnight My Someone” finally opens up to the audience and in turn wins their affection. It’s simple, yet soaring. The night I saw the revival, Rebecca Luker brought the show to a crashing halt with the song’s final high Ab that seemed to go on forever.

However, the song was introduced to Tony-winning effect in the original Broadway production by Barbara Cook, who is currently back on Broadway in Sondheim on Sondheim. For as much as I enjoy Luker’s rendition, and that revival experience, the original cast album cannot be beaten. Preston has never been bettered, it’s a charming representation of the score (and sounds pristine – unusual for Capital Records) and Cook is absolutely radiant in what was her only Broadway blockbuster. For an interesting alternative, I suggest listening to her 1975 Carnegie Hall album, where she sings a very different version of the song that is mostly comic patter which segues into the familiar ballad.

Here Seth Rudetsky (who generally would like less soprano and more riffing, but we’ll agree to disagree) confesses unending admiration for Barbara while deconstructing her rendition of the song from the original cast recording: 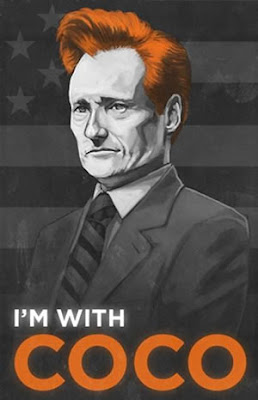