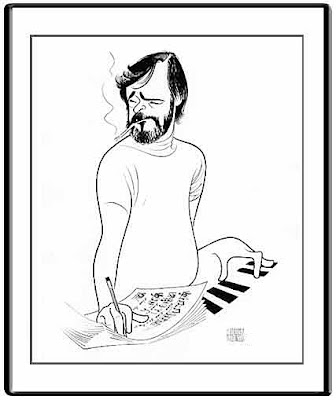 Today is Stephen Sondheim’s 80th birthday. Celebrations, concerts, jubilees have been underway for days and will continue through next month (if not longer). Last week it was the NY Philharmonic, next month the City Center delivers a double on the rocks with Anyone Can Whistle and a gala concert. There are major celebrations planned for Chicago, London and all around the world.

His career spans well over fifty years and his name is attached to some of the most important musicals of all time. The impact of Sondheim on the American musical theater has been well documented by practically everyone in Christendom and I won’t rehash it all here. However, in honor of his birthday (which is coincidentally Andrew Lloyd Webber’s birthday, but we can’t blame SJS for that), I would stop and take a brief moment to talk about some of my Sondheim related favorites:

Favorite show/score. Sweeney Todd. It’s a tough call between this and A Little Night Music, but this masterpiece edges out every time. I can still recall the first time I watched the Grand Guignol “black operetta” (as the composer himself has termed it) late at night in my parents’ house on break from school. Halfway through the first act I said aloud “I can’t believe they got this to work!” and it was just pure respect and admiration from then on out. It took me two days to watch as I found myself rewinding the last 10 minutes of the first act over and over again for about two hours. The joy of discovery!

Favorite orchestrator. Jonathan Tunick, the foremost orchestrator of the last forty years and one whose genius knows few limits. From his contemporary sound in Company (whose original cast album presents the definitive arrangement and sound for the score) to capturing the essence of pastiche in Follies, the cynical romanticism Night Music, the ominously operatic in Sweeney or the brash Broadway of Merrily, the man knows how to deliver and serve the composer, the song and the production simultaneously.

Favorite Librettist. Hugh Wheeler did the honors on both A Little Night Music and Sweeney Todd. The former is a masterful farce, with brittle lines and fascinating characters of another era. In the latter, he helped shape the overall arc of the musical, whose touch is subtle but profound in successfully finding the balance between Christopher Bond’s original play and Sondheim’s near operatic score.

Favorite Director. Hal Prince. The combination of the two revolutionized the genre forever. Lapine was an excellence choice to follow-up the combination, but the impact of their three shows together doesn’t come near the glory days of 1970-1981.

Favorite Song. This is the really hard one. I thought about lyric, but realized I’d need to write a book, and frankly, Sondheim is doing that himself. I don’t know that I could nail it down to one particular song as it could shift regularly.

Here are a few finalists in the category: “A Little Priest,” “Please Hello,” “Send in the Clowns,” “Liaisons,” “A Weekend in the Country,” “Could I Leave You?,” “The Ladies Who Lunch,” “Another Hundred People,” “Getting Married Today,” “Move On,” “Sunday,” “Last Midnight,” “Everybody Ought to Have a Maid,” “There Won’t Be Trumpets,” “How I Saved Roosevelt,” “Now You Know,” “I’m Still Here,” and… well, you catch my drift. I’m sure in a day or so another great one I’ve left out will pop into my head as well.

So, Happy Birthday, Mr. Sondheim! Though you’re turning 80, I hope that doesn’t keep you from giving us another new show. It was far too long between Passion and Road Show, and New Yorkers hate to wait – especially for excellence.

One thought on “Good Thing Going”