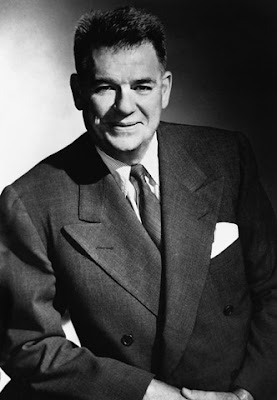 News broke late Monday evening that Stephen Sondheim was to receive the ultimate 80th birthday gift – his own Broadway theatre. Henry Miller’s Theatre, which famously reopened this fall with an infamous production of Bye Bye Birdie, will become The Stephen Sondheim (or will it be Stephen Sondheim’s?) Theatre some time this summer around the time the current occupant, All About Me, closes. It’s a high honor and one truly deserved by this seminal musical theatre composer and lyricist, whose musicals forever changed the landscape of musical theatre.

There are a limited number of theatres and so many theatre artists deserving of such an accolade. So it’s understandable that there are a great many icons who have gone without: Arthur Miller, Tennessee Williams, Irving Berlin (though the Music Box is forever linked with his legacy), among others. But the one that comes readily to my mind as most deserving of his own theatre is Oscar Hammerstein II, whose achievement as lyricist, librettist, producer and director is significant.

Hammerstein was one of the first musical theatre writers to look at the entertainment and see the potential for a greater art form within. The landmark Show Boat took that first major step towards serious musical theatre in 1927. With composer Jerome Kern, Hammerstein fleshed out Edna Ferber’s sprawling, epic novel and gave it a sense of scope and history. His fervent belief in racial tolerance was prescient: the miscegenation scene involving Julie LaVerne was unheard of in musical comedy. Most shows opened with chorines singing and dancing and mostly providing eye candy. Hammerstein opened Show Boat with a chorus of African Americans in the 1880s singing of their hardship (“while the white folk play”). It was ambitious material, the likes of which hitherto that point had been unheard of. The idea of racial tolerance was something he championed in many of his shows, particularly South Pacific.

In 1943, Richard Rodgers teamed up with Hammerstein (when Lorenz Hart declined) to adapt a flop play Green Grow the Lilacs into a musical for the Theater Guild. The result, Oklahoma! was a game changer in the way musicals were developed, written and executed. There are shows that pushed the envelope in the thirties and forties, namely Porgy and Bess, Pal Joey and Lady in the Dark, but this particular show incorporated every single element in the service of the play. There were no extraneous specialties or gags ‘n gals mentality. It was even to their benefit that they had no stars in the show; the focus remained on the story. Each lyric was reflective of character and propelled the story forward and/or advanced character.

The Rodgers and Hammerstein style of musical theatre writing completely changed how musicals were created. Others emulated their style; writing for character and plot, etc. The R&H shows were overwhelming blockbusters. The duo became household names and recognizable celebrities, their songs were the heard all over the radio, their film adaptations were mint at the box office. They even branched out into producing other work, most notably Annie Get Your Gun. Hammerstein’s attempt at Allegro in 1947 was considered the first try at a concept musical. The show was a failure, but is still regarded for the artistic risk taken.

It’s our good fortune that Stephen Sondheim’s mother should have bought a house next to the Hammerstein’s farm in Doylestown, PA. Taking Sondheim under his wing, Hammerstein taught the young man almost everything he knew about theatre and writing for the theatre, as well as his insistence that Sondheim write from his own voice. Though Hammerstein died in 1960, his impact was still felt long afterward and I like to think that he would have been immensely pleased at how Sondheim raised the standard for musical theatre in the 1970s.

Sondheim now has his own theatre. Richard Rodgers received his own theatre in 1990 when the Nederlanders renamed the 46th Street Theatre, leaving Hammerstein in the dark. (The Ed Sullivan Theatre was briefly Broadway’s Hammerstein’s Theatre from 1927-1931, but that was named after Hammerstein’s grandfather Oscar I). Even Samuel J. Friedman has a theatre (and frankly, who cares about him?)

Now that we have the option of going to the Sondheim or the Rodgers, wouldn’t it be nice to say “I’m going to see *insert title* at the Hammerstein?” I don’t quite know what house would be appropriate. There is a legacy attached to so many of the major musical houses (and it would have to be a major musical house, nothing less for such an artistic giant) that it’s inconceivable to see the Majestic or St. James (et al) without their original names. But if they can rename the Martin Beck, the Royale, the Plymouth and the Alvin, I’m sure there is a place for Oscar.

The most ideal (and improbable, I know): should Broadway ever regain control of the Mark Hellinger Theatre on W 51st Street, the first order of business should be to rechristen the theatre after Hammerstein.

One thought on “The Oscar Hammerstein II Theatre”