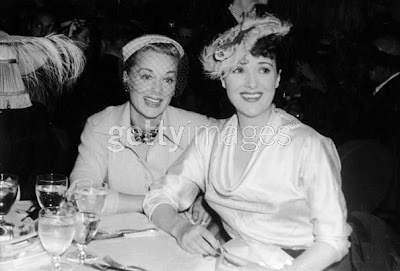 The musical was named after her sister and it was about her mother. But it’s impossible to forget Baby June, dancing on point to those hokey routines thought up by her mother, the formidable Madame Rose. June Havoc, the real-life counterpart to that character is probably best known to contemporary audiences through this fictionalized depiction of her in the iconic Gypsy. The musical itself – one of the greatest ever written – is “suggested” by her sister, Gypsy Rose Lee’s memoirs and dubbed “A Musical Fable” by librettist Arthur Laurents because of the show’s skeletal resemblance to the truth. (Laurents also wrote in his memoirs that the former ecdysiast was “allergic to the truth”).

Their lives were the stuff of legend – especially of their mother’s ruthless attempts to commandeer her children into show business (along with the forged birth certificates, their gypsy-like existence and even of Rose killing someone at her boarding house). If we were to compile the story from all three, we’d probably end up with Rashomon with spangles.

However, Havoc maintained successful career as an actress, comedienne, singer, dancer, author and director. In the musical, June elopes with Tulsa (in reality, his name was Bobby Reed) and the story shifts focus to Rose’s attempts to turn the lesser talented Louise into a star. That’s the last you see of her, though there is a vague reference in the climactic dressing room scene where Gypsy says, “June’s the actress, Mother.” But that’s it. June was far from thrilled with the way the musical portrayed her and her mother, and it led to long-standing rift between her and her sister (They reconciled when Gypsy was diagnosed with lung cancer. She died in 1970). 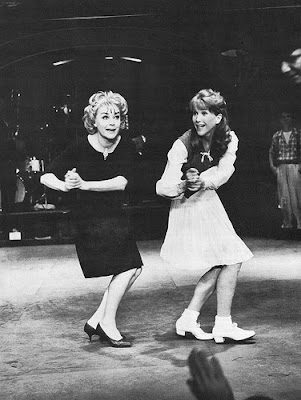 Both daughters had fascinating lives. Gypsy went on to become the highest paid star of Minsky’s and launched a career as a personality that resulted in books, plays, films, and her own TV show. Havoc had to work harder, struggling as a vaudevillian (and later single mother) during the Depression before a major break came on Broadway in the original cast of Pal Joey. She took herself to Hollywood where she appeared in the 1942 film version of My Sister Eileen, Hello Frisco Hello and her most notable role, Gentleman’s Agreement (as Gregory Peck’s Jewish secretary passing for Gentile). The time she spent as a marathon dancer led to her writing Marathon ’33 a short-lived but critically acclaimed play starring Julie Harris that brought Havoc a Tony nomination for her direction. Later notable appearances on Broadway included Dinner at Eight and as the last Miss Hannigan in Annie. In the 1980s, she toured as Mrs. Lovett in Sweeney Todd and also in her own one woman show (amusingly called An Unexpected Evening with June Havoc). 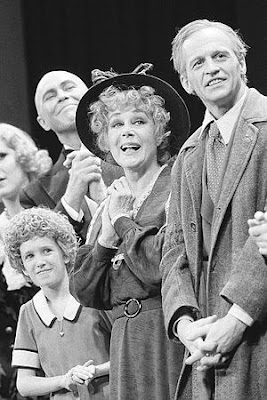 Their mother, the indomitable Rose Hovick died of cancer in 1954, at which point both daughters felt they could finally write their memoirs (avoiding what would have been an inevitable lawsuit from Mama). Gypsy’s was published first in 1957 and the rest on that front is history. However, Early Havoc was released in 1959, followed by More Havoc in 1980 – two books that I am seeking out myself because I am really interested to know June’s side of the story. The first time I really saw Havoc was on TV in various interviews, most notably her contributions to Rick McKay’s essential documentary Broadway: The Golden Age. I’ve always felt that Gypsy was always in “Gypsy mode -upholding a persona. Whereas June is the opposite, always genuine and warm with parts of her performing self seeping through. There was one particular moment in Life After Tomorrow in which a camera backstage after the closing of Annie captured Havoc warmly consoling a particularly distraught young girl.

Havoc spent most of her remaining years living in Connecticut. Havoc’s good mental and physical health kept her active and energetic for many, many years. In 2003, an off-off Broadway house on 36th Street was dedicated to her. She was one of the last links we have to the era of vaudeville and burlesque, not to mention pre-Rodgers and Hammerstein musical theatre). June is survived by her nephew Erik Lee Preminger. Her daughter, the former actress April Kent, died in 1998.

The following is an outtake from Broadway: The Golden Age in which Havoc talks about her audition experience with Pal Joey, most appropriate titled “That’s Show Business.” Enjoy.